A day on the Intra Coastal

I went out on the intra coastal and caught some fish. It ended up being a beautiful day. A little hot (87°) but beautiful.

I ended up catching a Jack Crevalle. I used my D.O.A. baits to catch it. I also caught some mullet. I caught the mullet with my cast net.

I also hooked a snook (Talked about here) but it shook the hook about 10′ from the boat. It was a good size snook. He was over 2′. He flipped out of the water and shook the hook out of his mouth. They are aggressive fighters out of the water. They put on a show. Not as much as a tarpon does but they shake their heads and try to spit out the hook. 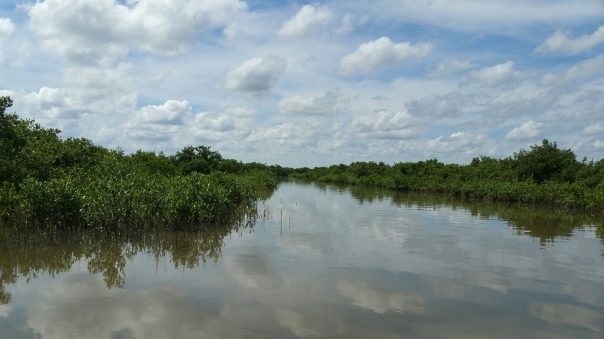 The Jack Crevalle isn’t that good eating. I tried it and it wasn’t as good as the other fish you can catch out on the intra coastal here in Florida. It has a slight muddy and fishy taste. It wasn’t too bad but compared to a trout or redfish it doesn’t compare. I caught a 14″ trout that was just under size (they have to be at least 15″). That Jack Crevalle was one of the hardest fighting fish I have caught in a while. He wasnt very big but for the size they fight like crazy. I thought at first I hooked onto a huge redfish. Thanks for reading and fish on my friends.

I am currently a fireman in Central Florida on the east coast. I have a lot of time off due to my work schedule and I fish every chance I get. I own a Gheenoe boat and fish Mosquito Lagoon area. I do not have a fishing business yet but that is my goal sometime in the near future. I hope to upgrade my boat to a flats boat soon. For now I just share my knowledge of fishing and pictures of the Intra Coastal in Florida. Thanks for checking out my site.
View all posts by Nick »

Posted on September 22, 2015, in A day on the water, Big Catch and tagged Beautiful day, fishing, Jack Crevall. Bookmark the permalink. 1 Comment.